I've been putting off the creation of this collection for many months. Ironic for a motivational blog - I know - but there was a reason beyond banal laziness and fear of large projects. I wasn't sure whether anyone will be interested, whether anyone feels the same as I do. Most people don't approve of my unforgiving attitude (especially psychologists...) - they don't understand how can pain, anger, hate or disgust lead to positive actions - to success.
But then I stumbled upon this article: 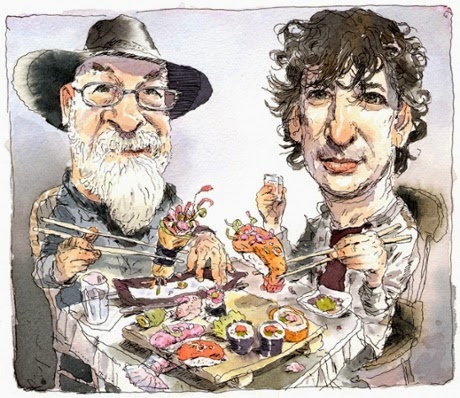 Turns out my all-time favorite writer, whose books helped me during some of the darker periods of my teenage life, is just like me:


"Terry looked at me. He said: "Do not underestimate this anger. This anger was the engine that powered Good Omens.” I thought of the driven way that Terry wrote, and of the way that he drove the rest of us with him, and I knew that he was right.
There is a fury to Terry Pratchett’s writing: it’s the fury that was the engine that powered Discworld. It’s also the anger at the headmaster who would decide that six-year-old Terry Pratchett would never be smart enough for the 11-plus; anger at pompous critics, and at those who think serious is the opposite of funny; anger at his early American publishers who could not bring his books out successfully.
....
And that anger, it seems to me, is about Terry’s underlying sense of what is fair and what is not."

I read it yesterday. Today I created this blog. The least I could do...

Email ThisBlogThis!Share to TwitterShare to FacebookShare to Pinterest
Labels: The_Core

Michael Shalyt
Thinker, hacker, maker - a geek of all trades.